The Association of Bermuda Insurers and Reinsurers (ABIR) represents the public policy interests of Bermuda’s international insurers and reinsurers that protect consumers around the world. With headquarters and operations in Bermuda and with operating subsidiaries in the United States, United Kingdom and Europe, these carriers do business in more than 150 countries.

Since 1993, ABIR’s advocacy and achievements have helped raise the global profile of Bermuda as a whole, underscoring the jurisdiction’s reputation as a top-tier international financial center. Strategically deploying capital to underwrite and manage global risk for over 30 years, Bermuda insurers have built what can only be called the World’s Risk Capital - a reference to the innovation, entrepreneurialism and leadership of Bermuda re/insurers and the Bermuda government that has fostered the growth of this industry. Energized by innovation and fueled by grit and determination after Hurricane Andrew, risk pioneers in Bermuda planted the seeds for an insurance market that would ultimately be known globally for its reliable, responsible, highly-regulated and well-resourced approach to risk management. These pioneers joined forces as a collective voice by forming the ABIR.

The results have been remarkable. ABIR member companies have built a market with international dominance in natural disaster coverage—the most basic of insurance needs for consumers—plus innovative approaches to provide re/insurance protection for nearly every other defined risk. In a relatively short period of time and with unparalleled scale, Bermuda’s insurers and reinsurers have supported US and EU consumers with over a quarter of a trillion dollars to rebuild after devastating losses. In the past 20 years alone, Bermuda continues to show it is the place to deploy capital against risk in a manner that is effective and efficient with speed-to-market motivation and innovation while meeting the future needs for next-generation risk transfer products.

ABIR members are global organizations that include a Bermuda platform. ABIR partners with organizations such as the Global Federation of Insurance Associations (GFIA) and the Insurance Development Forum (IDF), working together on cohesive objectives to ensure the best possible outcome for the ABIR membership, and the Bermuda jurisdiction as a whole.

When disaster strikes, the public face of recovery is often insurance companies. Backing up these companies are reinsurers.

ABIR’s members employ more than 106,000 people around the globe including over:

In addition, Bermuda relies on our exceptional broker teams, that as the jurisdiction’s largest brokers, have created a path that many can follow. 2021 Broker Advisory Cabinet: 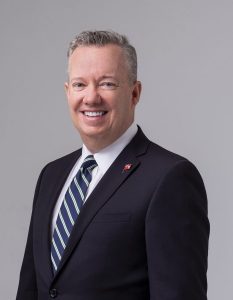 John Huff is President & CEO of the Association of Bermuda Insurers & Reinsurers (ABIR).  He directs the association’s worldwide public policy, regulatory, advocacy and education initiatives. In 2021, he was named to the Bermuda Risk Transfer Hall of Fame.  Huff has spent his entire professional career in the Insurance sector.

He served as the 2016 President of the National Association of Insurance Commissioners (NAIC), the US standard-setting and regulatory support organization created and governed by the nation’s chief insurance regulators, and as Director of the Missouri Department of Insurance, a position he held for eight years.  In 2010, he was the first state insurance commissioner appointed to serve on the U.S. Financial Stability Oversight Council (FSOC), established by the Dodd-Frank Wall Street Reform and Consumer Protection Act.

Prior to entering public service, Huff served in executive positions with leading global insurers and reinsurers in the United States, United Kingdom and Switzerland.

A former practicing attorney, his knowledge of the insurance industry is global in scope, spanning the United States, Bermuda, the United Kingdom, Continental Europe and Asia markets. He brings to the table a keen understanding of the public policy, regulatory, legal, financial and operational challenges that insurance and reinsurance companies face. 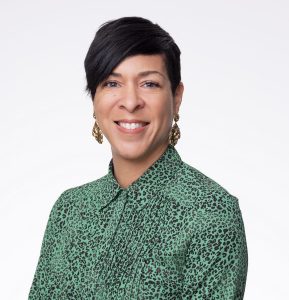 Suzanne Williams-Charles is the Director of Policy and Regulation, Corporate Secretary, and Data Privacy Officer of the Association of Bermuda Insurers and Reinsurers (ABIR).  William-Charles joined ABIR with nearly 22 years of industry leadership. As Director, Williams-Charles leads ABIR’s Bermuda office, specifically managing ABIR’s policy development work related to Bermuda’s efforts to ensure the jurisdiction continues to be recognized as a leading reputable financial center. She also serves as ABIR corporate secretary involving her in every aspect of the Association’s work including corporate organization, government and industry relations and financial management. Williams-Charles is also responsible for leading ABIR’s public outreach agenda and works with the ABIR membership to develop and oversee the organization’s data privacy governance and compliance.

Prior to joining ABIR, she served as Head of Reinsurance Compliance at Hiscox Re in Bermuda. Williams-Charles has over a decade of regulatory experience in increasing roles of responsibility at the Bermuda Monetary Authority (BMA), culminating in her role as Deputy Director of Insurance Supervision. In this role, she directed both group and solo entity level supervision, undertaking risk-based supervision of all commercial regulated entities in the insurance sector. While at the BMA, she also served in leadership roles in areas of Licensing & Authorizations and Restoration, Run-off Review & Monitoring. Williams-Charles also represented the BMA at working groups of the International Association of Insurance Supervisors (IAIS).

Prior to her regulatory career, Williams-Charles served with KPMG in senior audit and audit manager positions. She holds a Bachelor of Arts in Accounting degree from Clark Atlanta University in Atlanta, Georgia, is a certified public accountant and has achieved several insurance industry designations. Williams-Charles also serves on the Board of WeSpeak Bermuda. 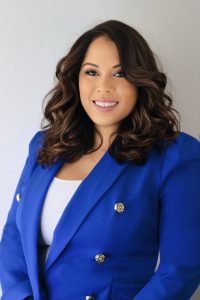 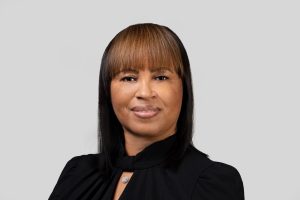 Executive Assistant and Director of Administration

Nekeasha Thompson is the Executive Assistant to President and CEO John M. Huff and Director of Administration (EADA) at the Association of Bermuda Insurers and Reinsurers (ABIR).

Nekeasha joined ABIR with over 12 years of professional office executive assistant experience.  As Executive Assistant and Director of Administration she will have responsibility for providing key administrative and business support to the President and CEO, executing general administrative duties, and facilitating access to the ABIR team as required.

Prior to joining ABIR Nekeasha served for over a decade as Executive Assistant to the Underwriting, Credit and Financial Lines and Casualty and Specialty teams at Renaissance Reinsurance. Prior to her executive assistant career, she held positions as Fund Accounting Specialist at JPMorgan Chase and Assistant Accountant and Audit Assistant at EY, formally Ernst & Young.

Nekeasha is active in the community and takes pride in serving as a committee member for Bermuda’s oldest environmental non-profit, Keep Bermuda Beautiful (KBB). She also is an active committee member for Bermuda Maritime Academy, a local not for profit company that, amongst other things, facilitates the training and certification of local mariners and visiting crew members. Both organizations are rewarding and near and dear to her heart.

ABIR looks for opportunities to educate students, future employees, policymakers and others about our industry and the contributions that insurance and reinsurance make to both the local and global economy. ABIR actively supports and participates in the Bermuda Careers Fair for local high school students and writes and produces educational materials that links school subjects directly with job career paths in our industry. Additionally, ABIR supports the educational and training initiatives of both the Bermuda Insurance Institute and the Bermuda Foundation for Insurance Studies by hosting student interns for lectures and presentations on various topics related to our industry. Finally, ABIR also presents to visiting risk management undergraduate and graduate students from overseas universities such as the University of Georgia Terry College of Business and the University of Hartford as well as reinsurance educational programs developed by the Reinsurance Association of America.

In 2020, ABIR partnered with Bermuda College and St. John’s University, Maurice R. Greenberg School of Risk Management, Insurance & Actuarial Science to develop diversity, equity and inclusion initiatives to recruit the next generation of re/insurance leaders in Bermuda. Initiatives from the partnership include:

With 25% of US insurance professionals expected to retire or assume smaller roles within three years, there will be new global opportunities for aspiring young people. Potential careers for students and young adults with academic enthusiasm for:

Literacy and the Arts

If you see your favorite school subject on this list, challenge yourself to prepare for one of the many careers in the insurance and reinsurance world, and be one of the industry’s new, up-and-coming professionals.

You can make a start by browsing our fact sheet, discovering jobs that suit you, and learning more about the post-secondary paths to an exciting future in a successful and respected industry, in Bermuda and internationally.